I have been going to Cape Cod once, twice sometimes three times a year since I was 3 or 4 years old. For most of that time, actually up until this year, we have rented the same set of cottages on the beach in North Truro. Over this amount of time, I have watched a beach, a town and even science change by the ocean. I remember as a kid taking a flattened cardboard box and going to the dunes in P-town and sliding down them as if it was a snowy hill. Dune buggy tours used to go through the dunes as well until they slowly closed off due to erosion. Basically, the beach grass was being killed from people walking on it or the buggies driving on them. The beach grass, they found, was what keep the water and wind from blowing and washing the sand into the ocean. Kind of an important role being that the lower Cape is all sand.

The amount of stores, restaurants and galleries on Commercial Street in P-town  grew exponentially in the time the I first walked the street, with only 2 or 3 stores still remaining from when I was a kid. But what keeps me going back is not the amazing food, the landscape or the light. What I find most amazing is that after all these years is that what ever beach I go to on the first day that I am on Cape or even my first walk to the beach in the morning, I do not know what I am going to see. One year there are sand flats at low tide, the next they are gone. One morning the fog is so thick you can’t see next to you and the next is so clear you can see into  50 miles into Plymouth. I love walking to the water at 6 am and seeing what the tide brought in from the night before: Skate egg cases, dead bluefish, trapped skates in a pond of water waiting for the tide to come in a set them free. One morning we came across an entire beach of a dead squid. Head over to the ocean side and see whales clearing their lungs on the horizon or schools of feeding blue fish 2 feet from shore. 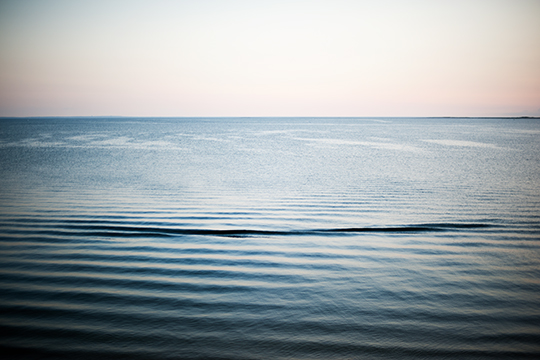 This year was no different. We walked about mile east at Head of the Meadow beach to see a thousand  Grey Seals resting on two sand bars just off the shore. With the fog and few people around, it seemed that we were transformed to a land thousands of miles away. The sound of the ocean and the bark of all the seals at once felt like you were watching  National Geographic in real time.  What ever was happening in the world at that moment became meaningless. I was watching nature. As we headed back, all I could think of was how was Cape Cod going to top this next year? 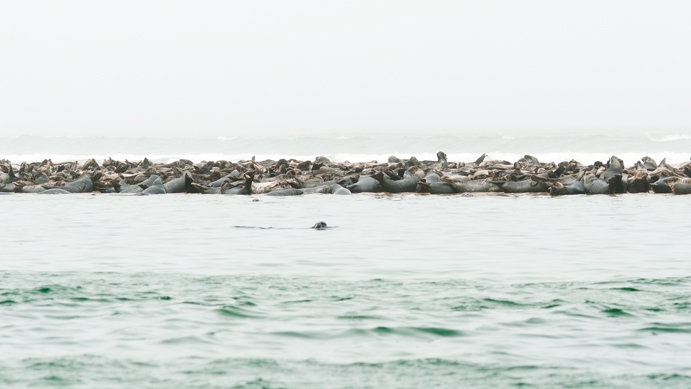 What does this have to do with my  photography? Well, everything. Most of my personal photography projects either began, was influenced by or ended with images from the Cape.Sky/Sea was conceived even before I owned a camera. The light, the landscape and quite simply, the feeling I get when I am there is awe inspiring.  The geographical and the cultural history is amazing in itself. Writers, Artist and Actors from Thoreau to Hopper, Mailerto Motherwell all have not only spent time but created many works of art here!

Now that I have a 3 year old and a 1 year old, the contents of my packed car for the trip up to the Cape has changed. Cameras, tripods, boxes of film have been replaced with toys, car seats and diapers. I can no longer spend  sunrise to breakfast time and late afternoon to sunset walking the Cape with my 4 tons of equipment photographing what I see. Nor can I spend the entire day on the beach watching the water, starring at the horizon and thinking about whatever. But in a way, something more important is happening. I hope that the sense of awe that I have for lower Cape Cod, starting with my first trip when I was 3 or 4 will be passed on to my kids. Having them see seals and humpback whales in the wild will hopefully impact their view of nature and the environment the way it has for me. Whether its the sand bars, the beached squid or the whales, one minute its here and the next it can be  gone; its fragile. Passing this along to them is more important and longer lasting than a photograph the I miss because of them! 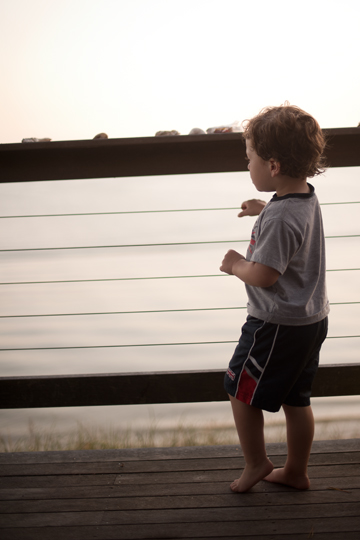